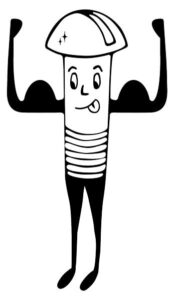 What began decades ago in a small town garage paved the way for STAR Stainless. A foundation built upon hard work, dedication and commitment to those who worked for and within.

In the industry, STAR is known as a “screw company” and STAR is in the “screw business”. In fact, we sell more than just screws; we sell a whole range of fasteners including nuts, washers, cotter pins, threaded rod and bolts. STAR is a wholesaler, since nearly all of our sales are to other screw distributors who, in turn, resell our product to the end users.

STAR specializes in exotic metals: stainless steel, silicon bronze, and brass. We no longer manufacture any of our products. About 80% are imported mainly from Taiwan and Thailand, with the remaining 20% made for us by US, China, India and Japan manufacturers.

Besides the branches, we also operate distribution centers in New Jersey, Chicago, Atlanta and in Houston. These centers receive container-loads of foreign and domestic merchandise from our suppliers. They check in the merchandise and reship it to our regional branches.

STAR offers two major things to our customers. First, we stock a large, diversified inventory of sizes. Second, we offer friendly, efficient service. Nearly all of our orders are personally taken, and many customers visit our branches for pick-ups. That’s why friendliness and courtesy to customers over the phone or in person is so important to STAR.

In 1946, at 190 Union Avenue, Paterson, NJ, a company called the STAR Stainless Steel Polishing Co. began. It was started by Bernard Golden who didn’t know the first thing about polishing steel or even about screws. In the original plan, Bernie had a partner, and it was the partner who knew something about polishing. But before the doors opened for business, the two partners split up, and Bernie had a choice to make: lose the deposit on the machine that was on order for polishing steel or pay the rest of the money and start the business. He paid the money, the machine got delivered to an old garage a few miles from where STAR is headquartered today, but the machine didn’t work. A mechanic traveled from St. Louis and stayed at Bernie’s home for a few weeks until the equipment worked, and then all Bernie had left to do was get orders. Bernie claimed that nothing in business ever worried him as much as this initial experience to cover rent and payroll for a few employees, especially with having no orders and a machine that didn’t work.

The first company polished sheets of stainless steel for the steel mills. In 1950, with a few bags of screws in the locker room where the employees of the polishing company changed clothes, the STAR Stainless Screw Co. was founded. At the time, demand for stainless steel screws was small, and Bernie never thought the screw company would grow much. The stainless screw industry was dominated by a few companies, and STAR would buy from them and sell screws wherever it could.

STAR was proud in 1954 to move from the old garage to a new building in Totowa, NJ.

STAR Stainless Screw Co. grew slowly during the 1950’s. It was a guppy in a world of sharks. And then in 1961, a disaster happened. At ten in the morning while everyone was at work, a spark flew off the polishing machine; hit some flammable powders used for polishing, and a fire spread throughout the building. STAR had no sprinkler system, and the Totowa fire department had little water pressure. The whole building went; the roof and walls collapsed, and the Polishing Co. and Screw Co. were out of business. With all our employees Bernie started over again. He felt an obligation to our employees and customers. It was our objective then, as it is now, to provide secure jobs for our people. The Polishing Co. could not be restarted, since it would have taken a year or two to get delivery on new machines. So all efforts were finally put into STAR Stainless Screw Co. We were careful to retain our polishing employees on new jobs with the screw company.

Bernard Golden passed away in 1980. STAR’s dedication and values within the industry were continued by his son Wayne, who took over as company president. In 1998, 37 years after the fire; STAR still had employees who were originally involved in polishing stainless sheets.

The history of STAR has continued, and will always remain at the heart of the company.